This is full stack boilerplate built around latest Next.js stack. It is composed of the best practices described in official docs combined with my decisions derived from my own experience and knowledge that I have gathered from working with other people.

If the app is vandalized just use Reseed link on the right side of the footer to reseed the database.

You need Gitpod account, and maybe Postgres database url if my demo database is vandalized. You can create one on elephantsql.com, see Gitpod Environment section for details.

Without any special adjustments, there is room for further improvement.

This project has 3 available development environments:

You can pick whatever environment you prefer.

Which one to choose? If you like conventional approach pick local, if you work in a team and want to have consistent environments with colleagues to easily reproduce bugs and quickly onboard new members pick Docker, and if you want to make sandbox do reproduce a bug and ask for help publicly pick Gitpod.

When you open project folder for the first time VS Code will ask you to install recommended extensions, you should accept them all, they are needed to highlight, autocomplete, lint and format code, run tests, manage containers.

Fill in required public environment variables in .env.development. Fastest way is to run the app with http server.

You need https locally only for Facebook OAuth login. For that you need mkcert to install certificates for localhost, instructions for that you can find in docs folder.

Leave PORT as 3001, it is hardcoded in multiple places, if you want to change it you must edit all of them (i.e. all Dockerfile.* and docker-compose.*.yml)

In all environments Postgres container is configured to run as a current non-root user on a Linux host machine. This is important so that database files in volumes are created with correct ownership and permissions. For this you need to define MY_UID and MY_GID. Best place to set them is in ~/.bashrc.

Fill in required private environment variables. The only required variables are for Postgres database connection and JWT secret.

Facebook and Google credentials are optional and used only for OAuth login. Facebook login requires https for redirect url. You can set any values for POSTGRES_USER, POSTGRES_PASSWORD and POSTGRES_DB.

After all variables are set you can run Postgres database inside the Docker container, run Prisma migrations that will create SQL tables from schema.prisma and seed database with data.

At this point everything is ready, you can now start the app. Open http://localhost:3001 in the browser to see the running app.

Run the app, database and Adminer containers. That's it. Project folder is mounted to /app folder inside container, you can either edit source directly on host or open Remote containers extension tab and right click npb-app-dev and select Attach to Container and open /app folder in remote VS Code instance. Open http://localhost:3001 in the browser on host to see the running app.

Note: Git will already exist in container with your account so you can commit and push changes directly from container.

In that local file set the database url from elephantsql.com. Other variables are set automatically.

Now migrate and seed the database.

Note: elephantsql.com database doesn't have all privileges so you must use prisma push command instead of usual prisma migrate dev. Read more details about shadow database in docs/demo-environments.md.

Everything is set up, you can now run the app in dev mode and open it in new browser tab.

This project has 4 separate testing configurations plus code coverage configuration. All tests can run locally, in Docker and in Github Actions.

Note: You can also run and debug all Jest tests with orta.vscode-jest extension that is already included in recommended list.

Make sure that test database is up and migrated. You don't need to seed it.

You need running test database, same as in previous step.

You need to run and migrate test database (no need for seed), build app for production, run the app and run Cypress.

Then you need to build app for production.

Then you need to start both app and Cypress at same time. This will open Cypress GUI.

You can also run Cypress in headless mode (without GUI).

Build both app and Cypress images.

Then you can run test database, test app container and Cypress (in headless mode) container at once.

I made a separate repository nemanjam/traefik-proxy only for deployment with Traefik reverse proxy that needs only environment variables and image from Dockerhub. There are also Github Actions workflows to build, push and redeploy latest image on your server. You should use that for deployment.

For the sake of completeness I described here how to build and run production app locally and in Docker. These two can be useful as staging environments for testing. I also described how to build and push live image to Dockerhub from your local development machine.

When building and running app in production mode it will read variables from .env.production and .env.production.local. At build time the only required variable is NEXTAUTH_URL (it is used for base url in CustomHead component responsible for SEO). If you use getStaticProps (Static Site Generation) you will need to pass DATABASE_URL too with correct data. At runtime you need to define all public and private variables in these two files.

To build and run production app run these two commands.

When building production app inside a Docker image again you need to pass same variables like locally (NEXTAUTH_URL and DATABASE_URL for SSG), this time these are forwarded with ARG_NEXTAUTH_URL and ARG_DATABASE_URL in Dockerfile.prod. This time environment variables are read from envs/production-docker/.env.production.docker and envs/production-docker/.env.production.docker.local. At runtime you need to define all public and private variables in these two files.

To build and run Docker production image run this.

Again you need to set NEXTAUTH_URL and DATABASE_URL (for SSG) this time in envs/production-live/.env.production.live.build.local. Create this file from example file.

You need to edit this yarn script and set your real Dockerhub username and image name.

You can now build, tag and push to Dockerhub your production image. To push image you must first login in terminal with docker login.

There is already set up workflow to build and push production image in Github Actions in .github/workflows/build-docker-image.yml. In your repository settings you just need to set these variables and run workflow.

You just need to set your image name inside docker-compose.live.yml, pass all environment variables to it and deploy it with docker-compose up -d on your server.

For this purpose I already made separate repository nemanjam/traefik-proxy with Traefik reverse proxy that allows you to host multiple apps inside Docker containers where each container expose different port and Traefik maps ports to subdomains. For details how to configure this see README.md file and linked tutorial in it. You just need to run your app container and Traefik will automatically pick it up without you needing to restart Traefik's container manually.

Beside Traefik it also already has portainer container for managing containers, adminer container for administering production database, uptime-kuma for tracking website uptime, and another postgres container configured to accept connections from remote hosts (useful for building app in Github Actions).

Bellow are listed all environments variables you need to set. For sake of simplicity I showed you here how to set them in local .env file, docker-compose.yml file will read it and forward all needed variables into containers. This is ok for demo apps but for real production apps proper way to do this is to set them in your cloud provider's dashboard or use some dedicated vault.

These are all needed variables.

MY_UID and MY_GID are id's of your current user and group on your Linux server. You can see their values by running id -u and id -g in your server's terminal. The best place to set them is globally in ~/.bashrc because they can be needed for multiple containers. They are passed into Postgres container so that volume data files are created with correct permissions and ownership (as current user and not root user).

To avoid manual work there is already Github Actions workflow in .github/workflows/deploy.yml that will remove old image and pull and run latest image from Dockerhub using ssh action. All you need to do is to trigger it either manually or chain it on existing build and push workflow.

There is an extensive documentation for this project in docs folder. You can find all technical aspects carefully documented, especially important and difficult parts. There you can find problem descriptions, solutions, code snippets and related linked references.

Currently documentation is bare in a sense that it holds only bare technical information how to solve something and it's not rounded in human friendly articles with additional context.

Here is the brief overview of what you can find in it:

Contributions are welcome. You can find more info how to contribute in contributing.

There are a lot of talk, theory, opinions, and buzz around JavaScript frameworks... but lets stop talking, pick the most popular framework, read what they suggest in documentation and try it out in practice, check how it works and see if we can build something useful and meaningful with it.

Complete references links are attached in docs files. Most important references are: 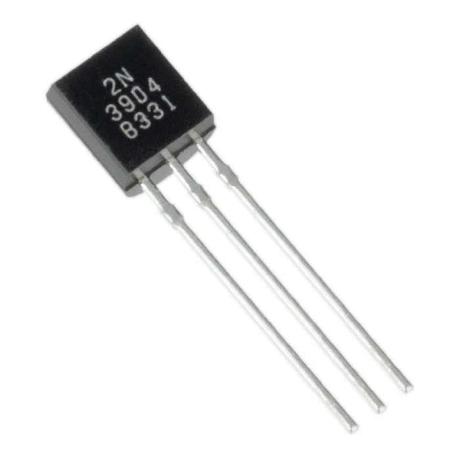