Earlier in the history of React, the term "Virtual DOM" was used to explain how React was able to perform better than the traditional DOM.

The term 'Virtual DOM' fails to really explain what is happening and may lead to a misunderstanding of what is going on behind the scenes when React renders. 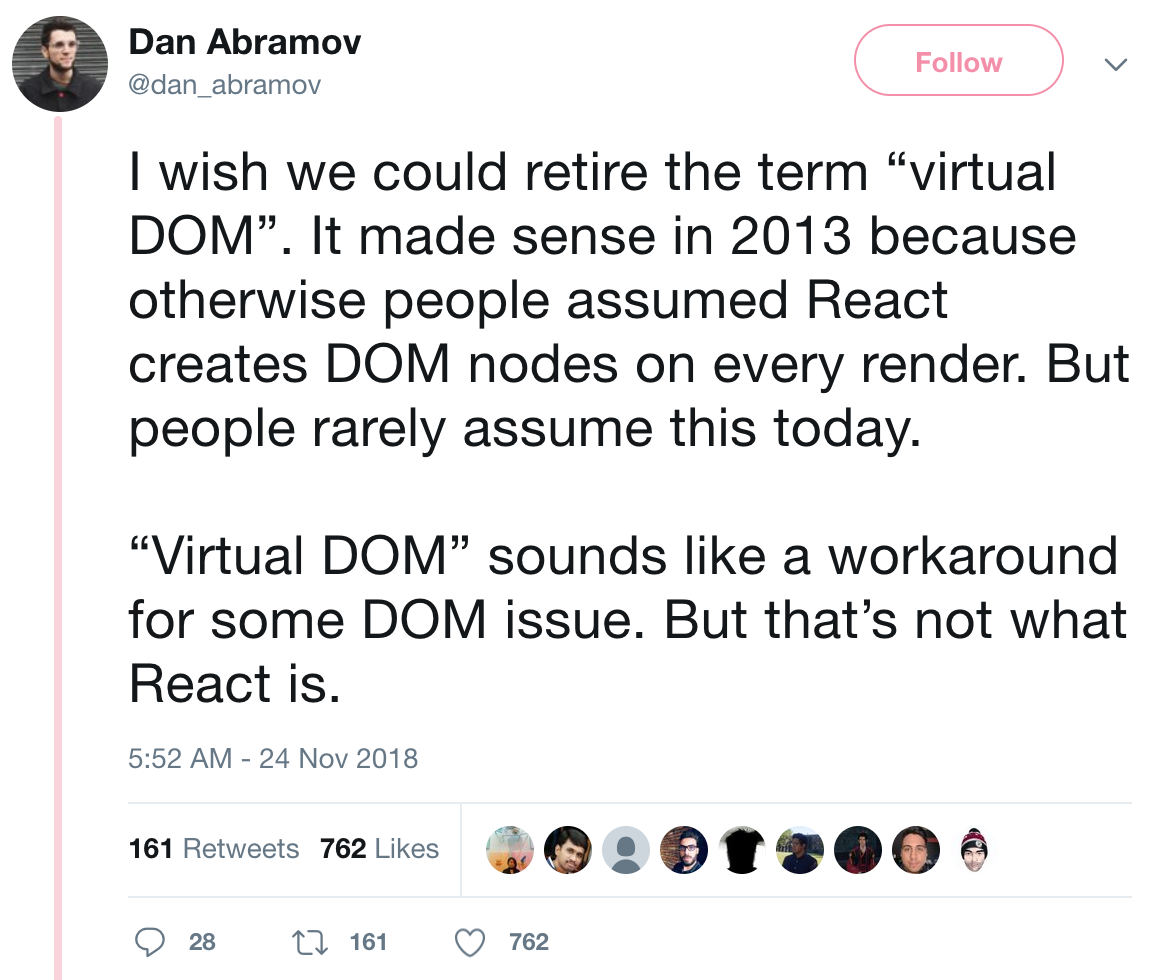 In this lesson, we're going to briefly review how React handles updates to the screen. This process is known as Reconciliation.

By now, you should already know what the DOM is: a programmatic representation of the document we see in the browser. In JavaScript applications, DOM elements can be added and changed with code. It's possible to build highly complex websites with hundreds or thousands of DOM elements using plain JavaScript. Maybe more importantly, through the DOM, JavaScript allows us to build highly interactive webpages that update dynamically without refreshing. This can come with some challenges, though.

When the DOM updates, the browser recalculates CSS, lays out the DOM tree and 'repaints' the display. This typically happens so fast you barely notice. However, on a highly interactive website, or on a website where the JavaScript is updating the DOM excessively, the process of recalculating and repainting the display can result in noticeably poor performance.

Any time you want your website or app to update without refreshing, you'll need to update the DOM; there is no avoiding it. However, React has some neat tricks for being smart about these updates.

In React, we know that we write components that return JSX elements. These JSX elements represent DOM elements, and when rendered, become those elements on a webpage.

During the initial render, React also uses these elements to build a 'tree' that represents what the DOM currently looks like, referred to as the current tree.

This is a key part of React's performance optimization — React uses these trees as an intermediate step between updates within components, such as a change of state, and updates to the DOM. This approach enables React to use two techniques that improve performance: grouped updates and diffing changes.

Say, for instance, you have an app with many components, each colored a shade of blue, and a button that, when pressed, turns all those components to red. When that button is pressed, React will put together a tree containing all the components along with their updated properties, THEN commit all the changes to the DOM at once. This only requires one repaint. Without this design, we could end up with code that updates the DOM for each individual part of the app, one repaint for each part.

In addition to grouping updates to the DOM, React can apply a diffing algorithm to identify changes between what the current DOM looks like (the current tree) and what it will look like (the workInProgress tree), and quickly see what specific pieces of DOM need to be updated and how. This reduces the number of DOM changes that need to be made and lets React be particular in its updates, improving performance.

In plain JavaScript — which you'll remember is what React is creating for us under the hood — some DOM changes are better than others in terms of performance. For example, say you want to add something inside a ul in your DOM. Using innerHTML will work:

But this rebuilds the entire DOM inside div. On the other hand, using append would not cause a rebuild:

React compares the current and workInProgress trees, identifies which pieces of the DOM need updating, and then uses the most efficient means for making each update.

A more detailed explanation of the steps of this diffing process can be found in React's Reconciliation documentation.

There are some misconceptions floating around regarding the DOM being slow, often related to how frameworks like React can improve performance. While DOM manipulation itself isn't 'slow,' repainting what is displayed in the browser can be.

React can be very smart about handling DOM updates, which improves performance. Primarily, it does this in two ways: grouping DOM updates to prevent excessive repaints and being selective about what specifically needs to update and how.

Read a more in-depth dive on these concepts here. 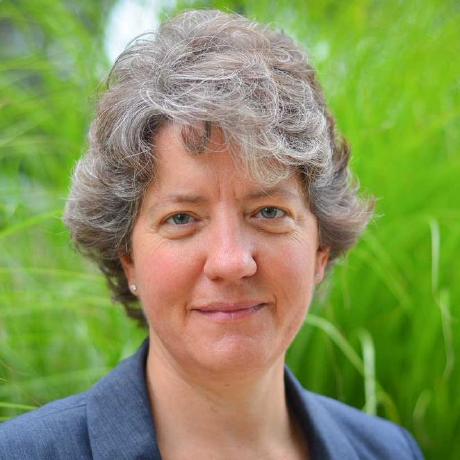 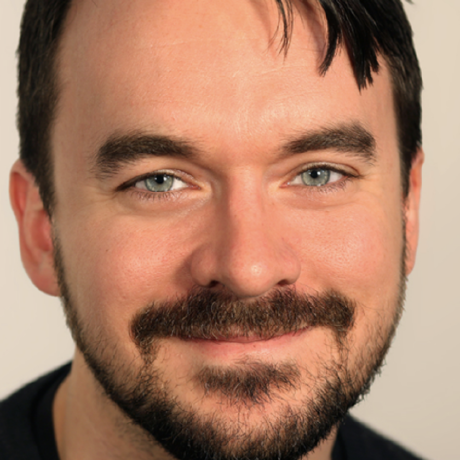 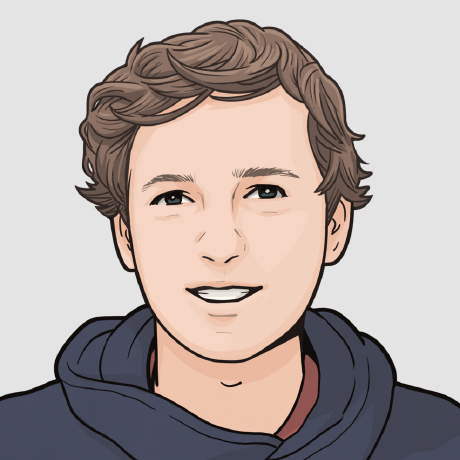 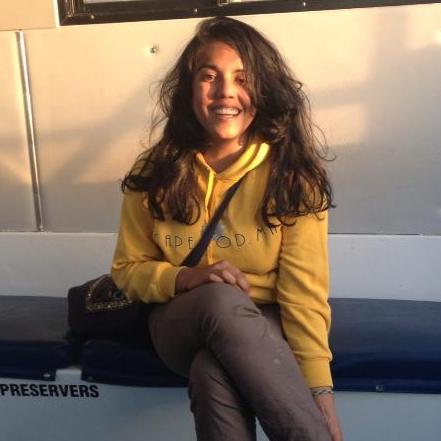 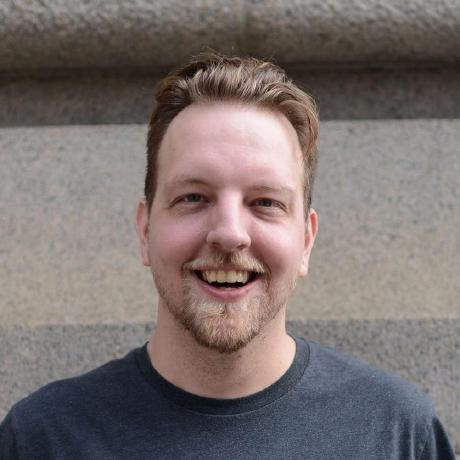 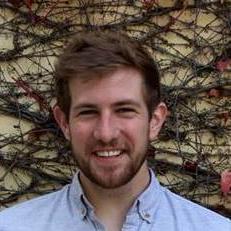 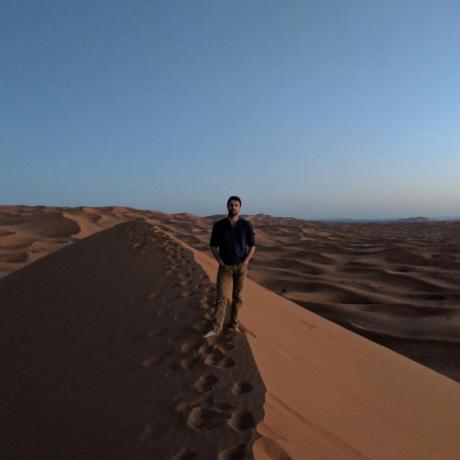 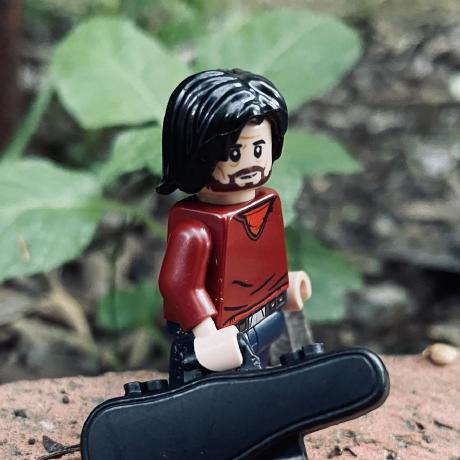 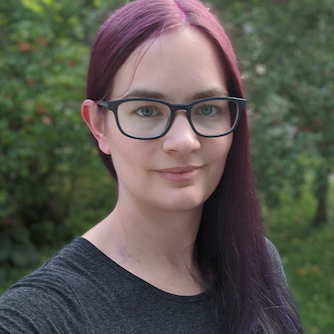