Jump to the tutorials

The purpose of this project is to provide a guided approach to bootstrapping a bare-metal k8s cluster, with an emphasis on explanation and the assumption that you want to avoid having to use a cloud provider like the plague.

It is inspired by the k8s the hard way. However, since we assume an Linux-like platform (whereas k8s the hard way assumes a google cloud environment), we are able to bootstrap our cluster locally without requiring a cloud vendor.

This project philosophically also differs from k8s the hard way in that we allow ourselves to meander a bit more -- providing color on topics such as operating system behaviors, networking tools and concepts, and debugging utilities. These are not k8s concerns per se -- but our general aim is to consolidate and improve the baseline understanding of system behavior of readers, especially those without years of sysadmin experience.

We want to extend deep thanks to the k8s the hard way project which serves as the major source of inspitation for much of the content here that we expand upon.

(If you are not a contributor, you probably want the main docs site)

The main entrypoint is the run.sh script, which in turn loads helper functions of varying sorts (like bash logging functions and environment variable files) but primarily acts as a driver to run the scripts in the scripts/ directory. These scripts are named sequentially and are expected to be created in order.

The general order of steps is:

Support for Lima on OS X

Lima is an awesome tool for creating Linux VMs on OS X. Under the covers it uses QEMU with Hypervisor Framework (HVF) acceleration to spin up "real" VMs, with added conveniences like automatic port-forwarding and file sharing to the host OS X machine.

It was the initial basis of this project, but to increase portability we shifted focus toward getting everything to work inside of Docker. We don't quite use "docker-in-docker" since we actually just run raw containerd ourselves inside the docker containers we spin up as the k8s nodes (so, no host docker socket mounting, the containerd sockets on our containers is managed by systemd inside the container). Another benefit of switching to Docker (aside from portability for Linux folk) is that its way easier to test. While Github Actions support spinning up OS X hosts, they are 10x more expensive, whereas we can exercise our own docker-based flow on a vanilla Linux VM and test our repo readily on the docker path.

In the future we should add that OS X lima-based testing, but we'll need to find a way to help keep costs down by not running it super frequently in CI.

The docs site is built using mdbook which is maintaiend by the Rust folks (so we don't need to worry about stability), and is responsible for turning markdown files into a nicely formatted site a-la-Gitbook. We augment their setup by installing markdownbook-plantuml as a preprocessor. PlatUML is an old-school but badass tool for creating diagrams and visualizations like sequence diagrams using a pretty friendly syntax. markdownbook-plantuml provides the glue to convert the PlantUML syntax into actual image files (like SVG), and then embed those images into our site.

markdownbook-plantuml is a pretty immature project and is a Rust dependency of ours, so the docs/mdbook-shim.sh file is our entrypoint into building the docs. It does as named and really just shims passed arguments to the mdbook executable, but does some checking of dependencies and PATH setup to get everything working as expected.

There is an excellent online PlantUML editor that is super useful for working on diagrams before copying the source code into our repo. They also have a "new version" of the editor that we haven't really played with too much yet....

We might also want to explore making more use of the network diagram feature.

Things that are kind of shitty to improve 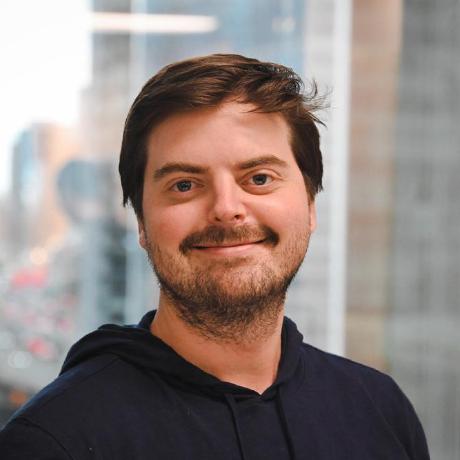